Another mullet outing off the kayak, with a plan to catch one on a home made fly.
The fly was some sponge super glued on to a size 6 Drennan hook...this didn't work out though, because the sponge soaked the glue up and became hard to the touch.
A little squeezing of the fly softened it enough, although i wasn't fully happy with it.
So...an onion bag full of bread was deployed just after i anchored up, and things looked good.
Within minutes they came on the feed and out went the fly...bump!
They hit ...and i struck the line....oops... the hook came back minus the sponge.
On with another "sponge fly"..and again a fish lunged at it!
Again i struck, and the hook and line parted!! Oh my God...what is it with Mullet? OK time for a breather...i switched to bread flake on a free line size 6...and after several hits and missed bites, i finally connected to a very nice fish.....
the fight was on and some incredible head shaking and lunging here and there...then...pop!
The line and hook came back to me......fish off...gutted!
﻿ 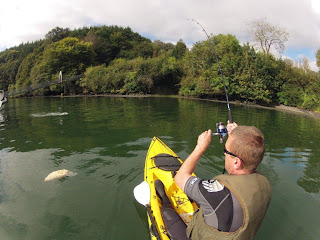 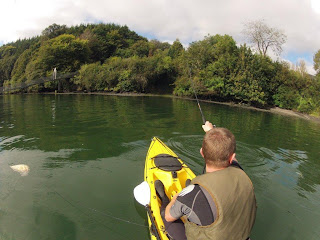 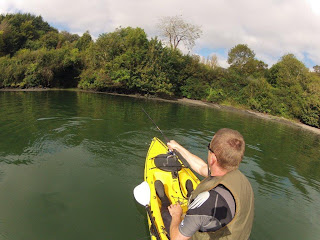 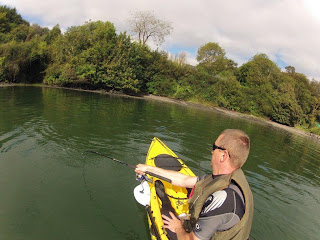 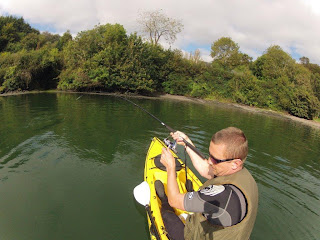 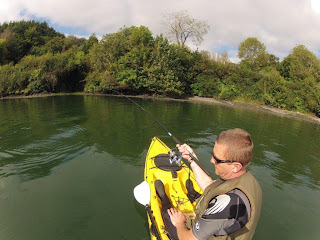 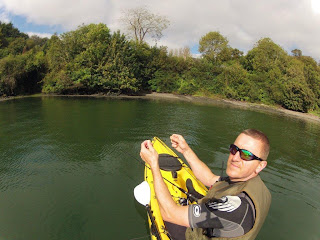 The swim totally died after this, and i moved around for hours, with only the odd fish slurping some bread...a few more missed bites and my sanity called for time out!
A little more tweaking of the fly is needed also  i think!!
A nice morning on the water though, and the weather was great!
﻿