Out today on the yak...the weather was a bit windy, and the sea a bit lumpy.
I set the fly rod up with some 4lb fluorocarbon tippet joined to 10lb line and some various flies, nymph and hare's ear type things.After a while the mullet arrived and in plague proportions!
I began to fish and later hooked a mullet just behind the dorsal fin.After releasing it the sea was now "boiling" with mullet they were under the yak and in their thousands!
I fished on but kept landing fish that were hooked in the back, there were so many of them!
Eventually i landed one which was hooked in the lower lip! (he did a Sargent Barnes on my yak!)
After that i hooked my first bass on a nymph type fly and even though it was only a school it dropped off at the last second....typical...i still have to boat a bass! 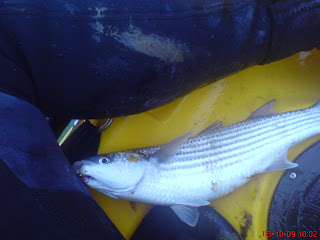 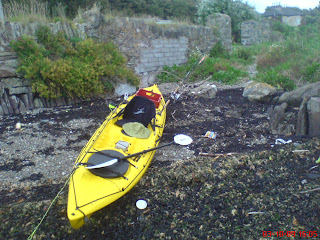 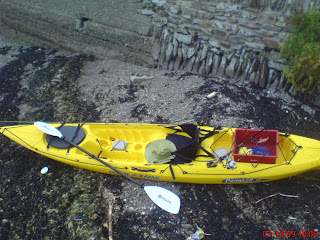 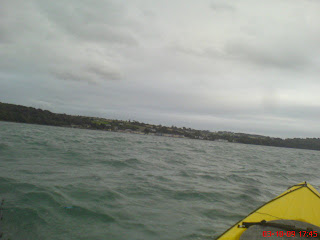 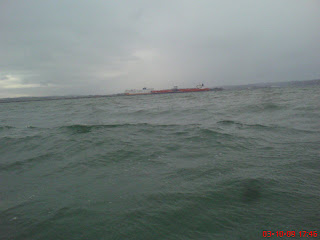 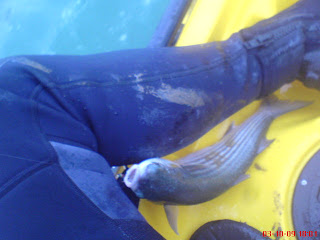 The sea was kicking up and i was getting cold, so i chucked a few more and headed for the car. 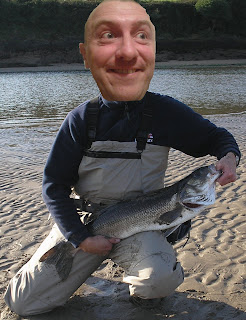 Out again trying my best to get a specimen..and as luck would have it...i did it again.

K2 was very jealous this time and who could blame him...

Oh you may notice the photo has been edited ...i had to crop the picture to hide the location the fish was captured....